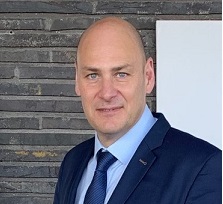 Junior is originally from Brazil, where he studied Forest Engineering and Law, before moving to the UK in 1989, becoming involved in the wine trade the following year. For most part of his career he has been a Director at some of the most important wine distributors in the UK. In 2008 he became the first South American male to obtain the title of Master of Wine receiving the Viña Errazuriz Award for excellence for the Business of Wine paper. After three decades of experience of different sectors of the Wine Industry, he founded Vianna Wine Resources, a company that consults for wine businesses across Europe, Africa and South America. He is also a judge at selected wine competitions, a wine educator and writer. He is a regular speaker at wine events around the world, as well as making appearances on radio and television.

Abstract will be online soon