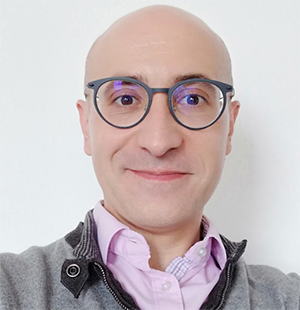 Head of the Department of Viticulture and Oenology
Institute of Wine Biotechnology, Stellenbosch
South Africa
TAPPING INTO THE DIFFERENT POTENTIALS OF NON SACCHAROMYCES BIODIVERSITY
Register to the event >
BIOGRAPHY

Amongst other degrees, Benoît obtained his PhD in 2004. The next year, he relocated to Stellenbosch, South Africa, initially as a post-doctoral fellow at the Institute for Wine Biotechnology (IWBT). In 2007, he was appointed as a researcher in wine biotechnology, in 2013 as a senior lecturer in oenology and in 2017 as an associate professor in oenology at the Department of Viticulture and Oenology and IWBT, Stellenbosch University. In 2010, he was awarded an Habilitation à Diriger les Recherches (~DSc) in enology by the University of Bordeaux, France. In 2017, he was also elected as Head of the Department of Viticulture and Oenology, Stellenbosch University.

His current research focuses on several aspects pertaining to wine-related non-Saccharomyces yeasts. The different research projects may be grouped under the following headings: (i) yeast adaptation to grape juice/wine and the broader impact on yeast survival, fermentation performance and wine composition, (ii) yeast-yeast interactions during alcoholic fermentation and (iii) the wine spoilage yeast Brettanomyces bruxellensis’ adaptation, response to stress and strategies to control it. His current collaboration with Lallemand includes the study of newly selected non-Saccharomyces yeasts, their nitrogen requirements and the impact thereof on the yeasts’ survival patterns, fermentation performances, nutrient competition with Saccharomyces cerevisiae as well as their production of aroma compounds.

TAPPING INTO THE DIFFERENT POTENTIALS OF NON SACCHAROMYCES BIODIVERSITY

Abstract will be online soon